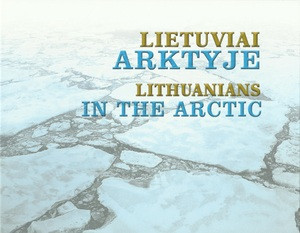 This could be the most poignant book ever written about the forced deportations to Siberia Memoirs of three survivors of Trofimosk island in the Laptev Sea.
This book is from the memoirs of three survivors of Trofimosk island in the Laptev Sea, located at one of the furthermost uninhabited Arctic areas of Siberia where the guards were always quick to remind them that they were here to perish. The first author, Dalia Grinkeviciene, tells of the events of 14 June 1941and here accounts are considered one of the most important chronicles of Lithuania and its people's fate. She then continues to share the horrific episodes in the lives of the Lithuanian deportees. The second author is Gintautas Vaicekauskas, who in his retirement, decided to draw for his friends what he had observed in his childhood. By profession an electrical engineer, you will see from his drawings that the artist was able to depict in great detail and with almost photographic precision what he had witnessed. These drawings went on to be the book "Reminescescences of my Ice Childhood". The third author is the prize winning writer Ricardas Vaicekauskas. Ricardas himself, as a sixteen year old boy, was witness of these atrocities that became memorized forever and shares some of his experiences with you. At the end of the book is a list of the families from Lithuania that were deported to the Island of Trofimovsk in 1942 along with some comments about their fate. With a preface written by Vytautas Landsbergis, this book was prepared for the International Congress "Evaluation of Communist Crimes" held in Vilnius, Lithuania in the year 2000. Published as a joint venture by the Brotherhood of the Laptev Sea Exiles "Laptevieciai" and the Genocide and Resistance Research Center of Lithuania.