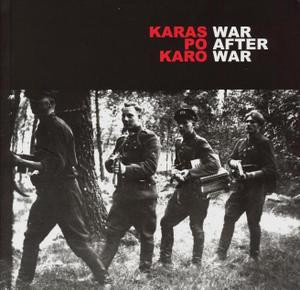 Written in both English and Lithuanian with Tremendous Illustration

From the Genocide and Resistance Research Centre of .

In 1945, while the rest of the world rejoiced the defeat of German Nazism and the war that had that had claimed millions of lives had finally come to an end, in and the other occupied Baltic nations that had lost their independence in 1940 to Soviet Russia, a different mood prevailed.

The end of the Second World War was the beginning of the next war for . had already had a taste of “Soviet paradise” and they knew what was coming next. Thousand of men and women took to the forests to offer armed resistance to the Soviet occupiers of their homeland. What now began was the longest and bloodiest partisan war in European history. A war most people in the world still do not know about.

This book will walk you through who these Partisans were, how were they organized, how did they operate, how did they survive. It will give you a personal insight to who some of these brave men and women were and why they took up armed resistance against an occupying force that staggeringly outnumbered them.

Written in both English and Lithuanian with tremendous illustration

From the Genocide and Resistance Research Centre of